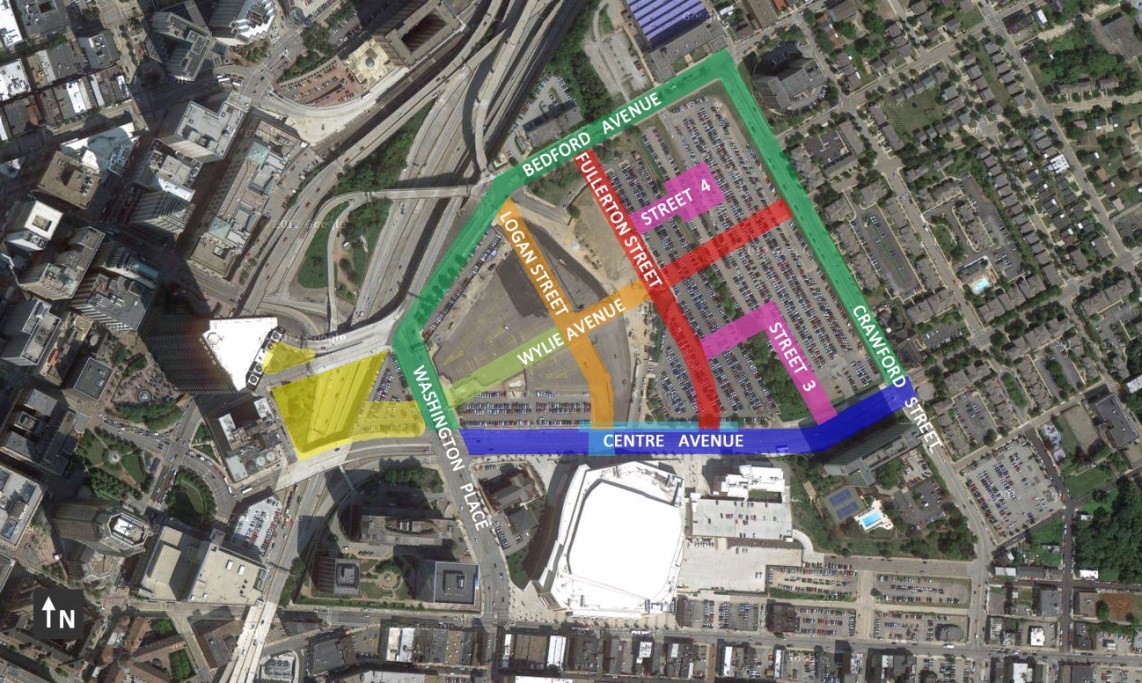 Remaining interior roads (light green and pink) and perimeter roads (dark green and purple) will be pursued in response to future development and available funding.

The Sewage Facilities Planning Module has been approved by the Department of Environmental Protection (DEP). Click here to view the letter.

A portion of the roads has been approved by the Federal Highway Administration under the functional classification of urban collectors. Click here to view the letter.

In the design of the new infrastructure, some of the guiding principles are to: reconnect the street grid, create accessible and walkable pedestrian connections, create parcels for development, maintain views, and use green and sustainable practices. A physical constraint is the significant grade difference between Crawford Street and Washington Place as shown in the renderings below. As part of the plan, there are both residential and commercial street types. 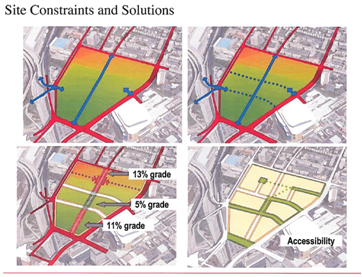 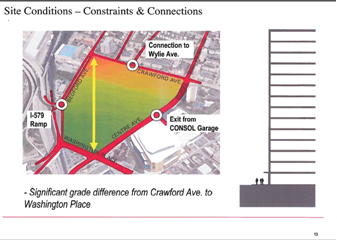 The following rendering shows the projected layout of stop signs and traffic controls on the site: 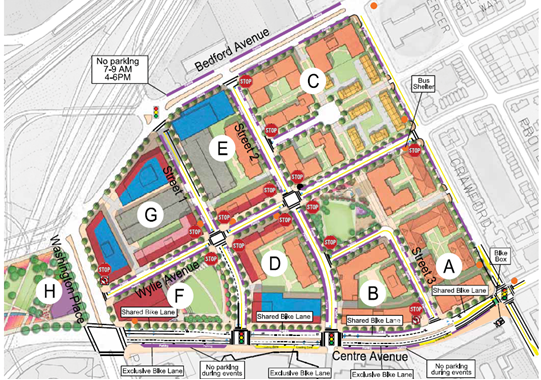 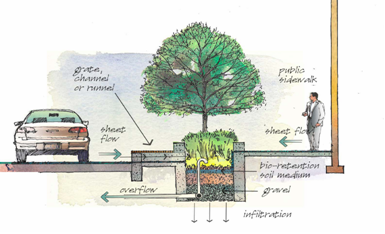 The infrastructure portion of the project includes “green” features. Stormwater “tree wells” are incorporated along the sidewalks to capture, control, and treat the “first flush” of rainfall (1.2 inches over a period of 24 hours).

The site includes energy-efficient LED lighting. LED fixtures can reduce energy usage by 50% over the current City of Pittsburgh fixtures.