In 2003, the Stadium Authority of the City of Pittsburgh and North Shore Developers, L.P. entered into an Option Agreement where the Pittsburgh Steelers and Pirates were given the opportunity to bring commercial development to the North Shore. The Option Area includes the land between PNC Park and Heinz Field.

The SEA provides staff support to the Stadium Authority in managing this development. 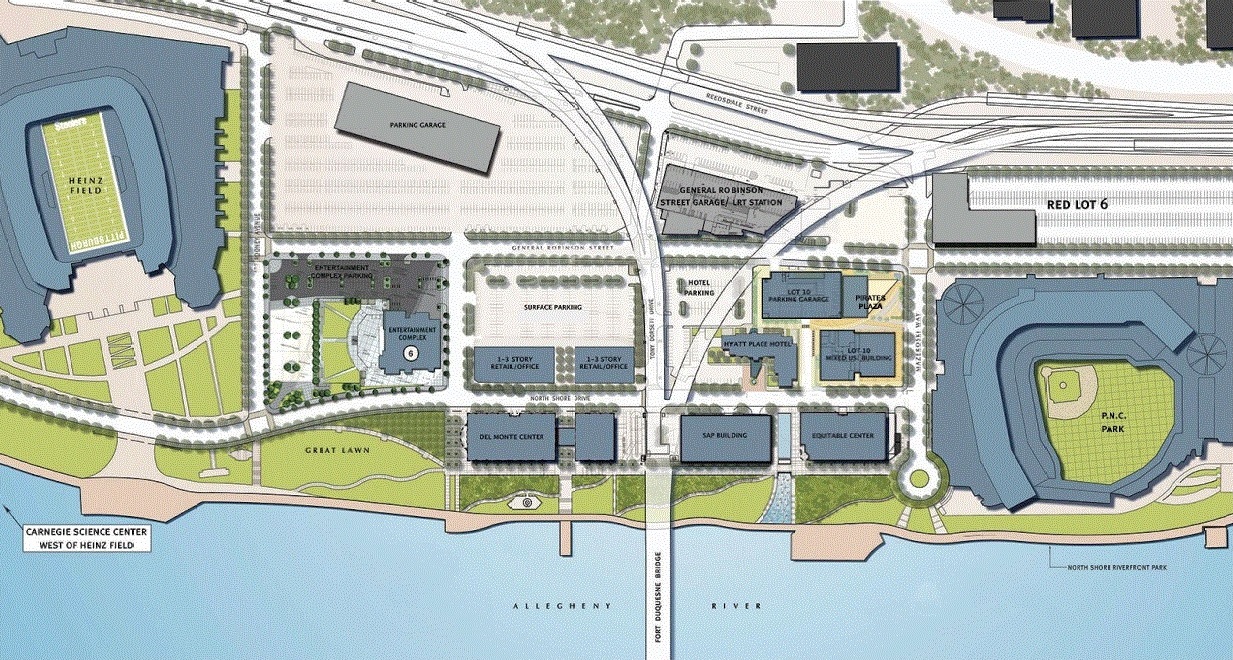 Peoples Gas Building
In August 2003, the Stadium Authority approved the sale of the first development parcel for construction of a new office building. After construction was completed, Equitable Resources became the prime tenant for the building. Currently, major tenants include Starkist and PJ Dick Corporation.

The Equitable Resources Building is located next to PNC Park facing the river and has two restaurants on the ground floor: McFaddens and Hyde Park Prime Steakhouse. 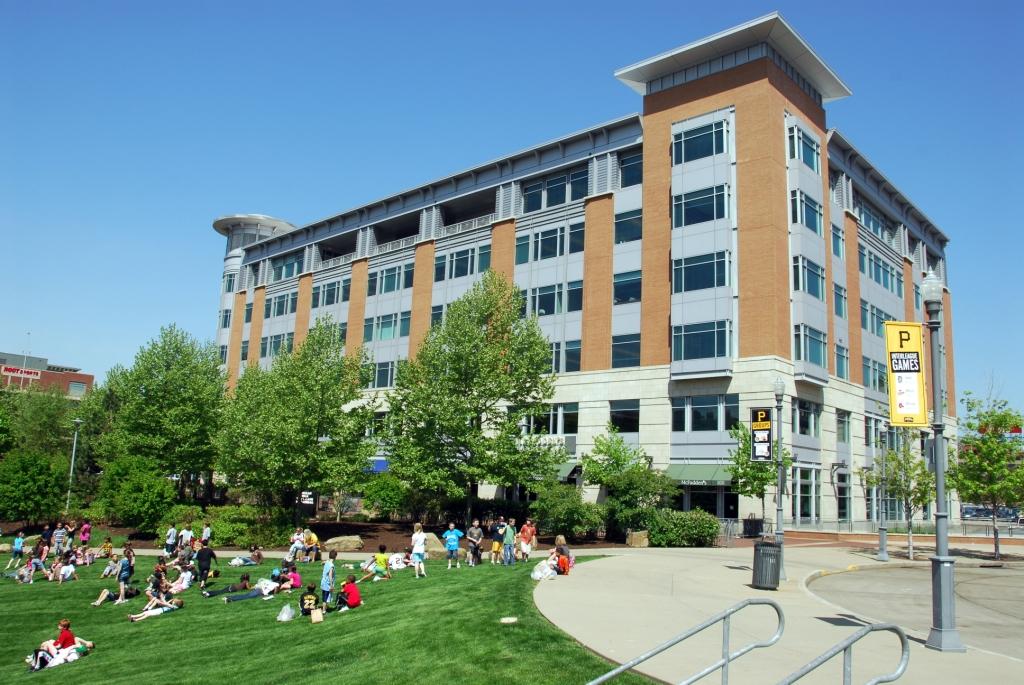 McFadden's, an Irish Pub and Restaurant, has several different party rooms and floors and is well-known for its night life. Hyde Park is one of Pittsburgh's premier restaurants and boasts an outdoor patio overlooking the river.

Peoples Center
In March 2004, the Stadium Authority approved the sale of two development parcels for construction of a second office building. After construction was completed in 2005, Del Monte became the prime tenant in the building. Other tenants include the VA Administration, ROOT Sports, and People's Natural Gas. The first floor provides space for restaurant and retail use including:

Hyatt Place Hotel
In August 2008, the Stadium Authority approved the sale of the fourth development parcel to Continental/Rockbridge North Shore Hotel, L.P. for the construction of a 7 story, 178 room, Hyatt Place Hotel. Construction began in summer 2009 and was completed by December 2010. 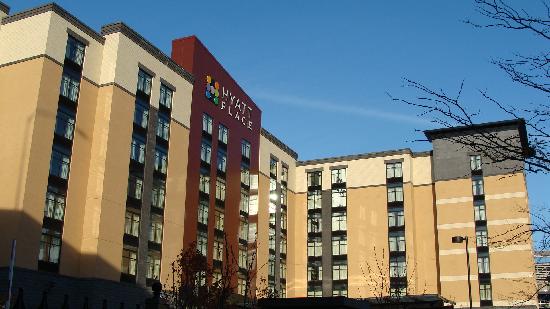 Stage AE
In August 2008, the Stadium Authority approved the sale of a four acre parcel adjacent to Heinz Field to PSSI Stadium Corp. Formerly a surface parking lot, this parcel was developed into Stage AE, which presents over 100 indoor and outdoor concerts and events year-round. 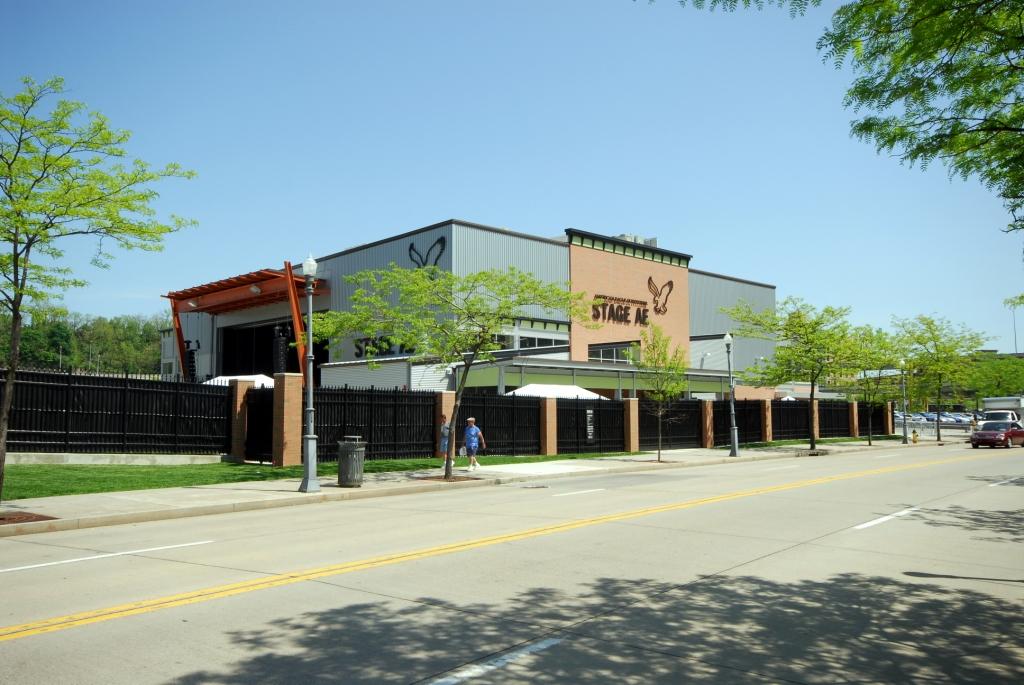 North Shore Place I & North Shore Place II
In March 2013, the Authority approved the sale of a 1.6 acre parcel (a portion of an existing surface lot) to North Shore Developers, L.P. The parcel is located in the southern half of the surface lot along North Shore Drive adjacent to Stage AE and across the street from the Del Monte Buildings. This development consists of two three-story buildings with 5 retail spaces on the first floor, and office spaces on the upper two floors. A pedestrian passageway provides for a continuous walkway from the river through the People’s Center’s view corridor, and through the new buildings. Current restaurants include Burgatory, which opened to the public in September, 2015, Bar Louie, which opened in February 2016, Tequila Cowboy, which opened in September 2016 and Southern Tier Brewing Company, which opened January 2017, and Burn by Rocky Patel which opened April 2018. 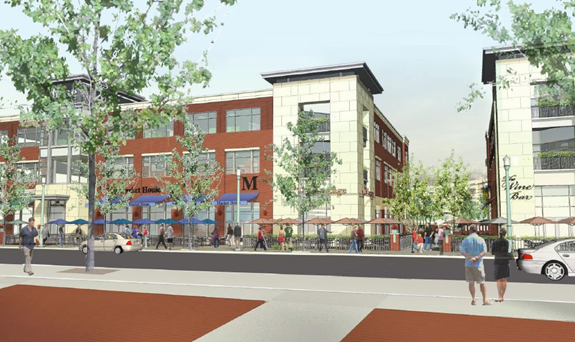 SAP Building
In June 2017, the Authority approved the sale of the Option Area Parcel 14 in Lot 3 (consisting of 33,106 sq ft) together with approximately 13,014 sq ft of adjacent land below the Fort Duquesne bridge to North Shore XIV, LLC. The parcel is located along the esplanade west of the People's Gas Building (formerly Equitable Building) and is the last remaining development parcel facing the river. This development is a seven-story building with retail, restaurant and other commercial use on the first floor, and office spaces on the second to seventh floors. A service court (underneath the Fort Duquesne Bridge) provides for public amenities including bicycle racks for at least 40 bikes, bike repair station, and cell phone charging station. The building has a public restroom with the entrance at the esplanade side. The development also provides for improvements to the western portion of the Canal Square water feature. The office anchor tenant is SAP / Ariba. 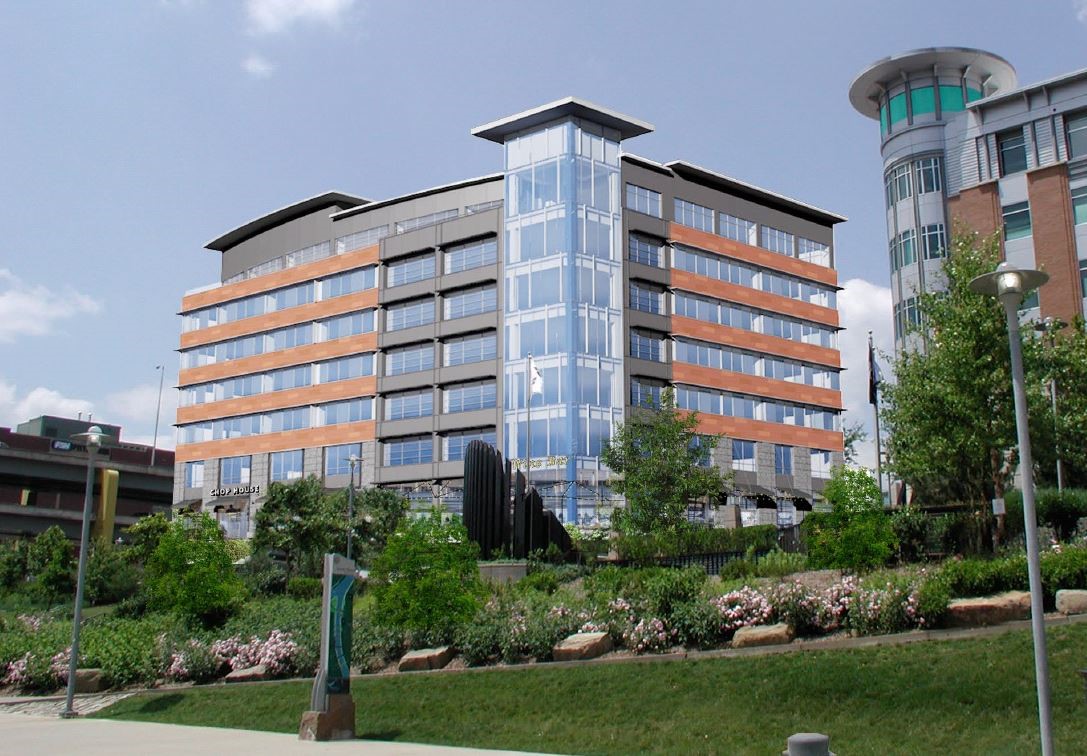