The Stadium Authority owns the surface lots between PNC Park and Acrisure Stadium, which includes Gold Lots 1, 2, 4 and Red 5.

The Stadium Authority also leases land from PennDOT north of PNC Park to operate as surface parking (the "7 Lots").

The surface lots are managed by or leased to ALCO Parking Corporation (ALCO). 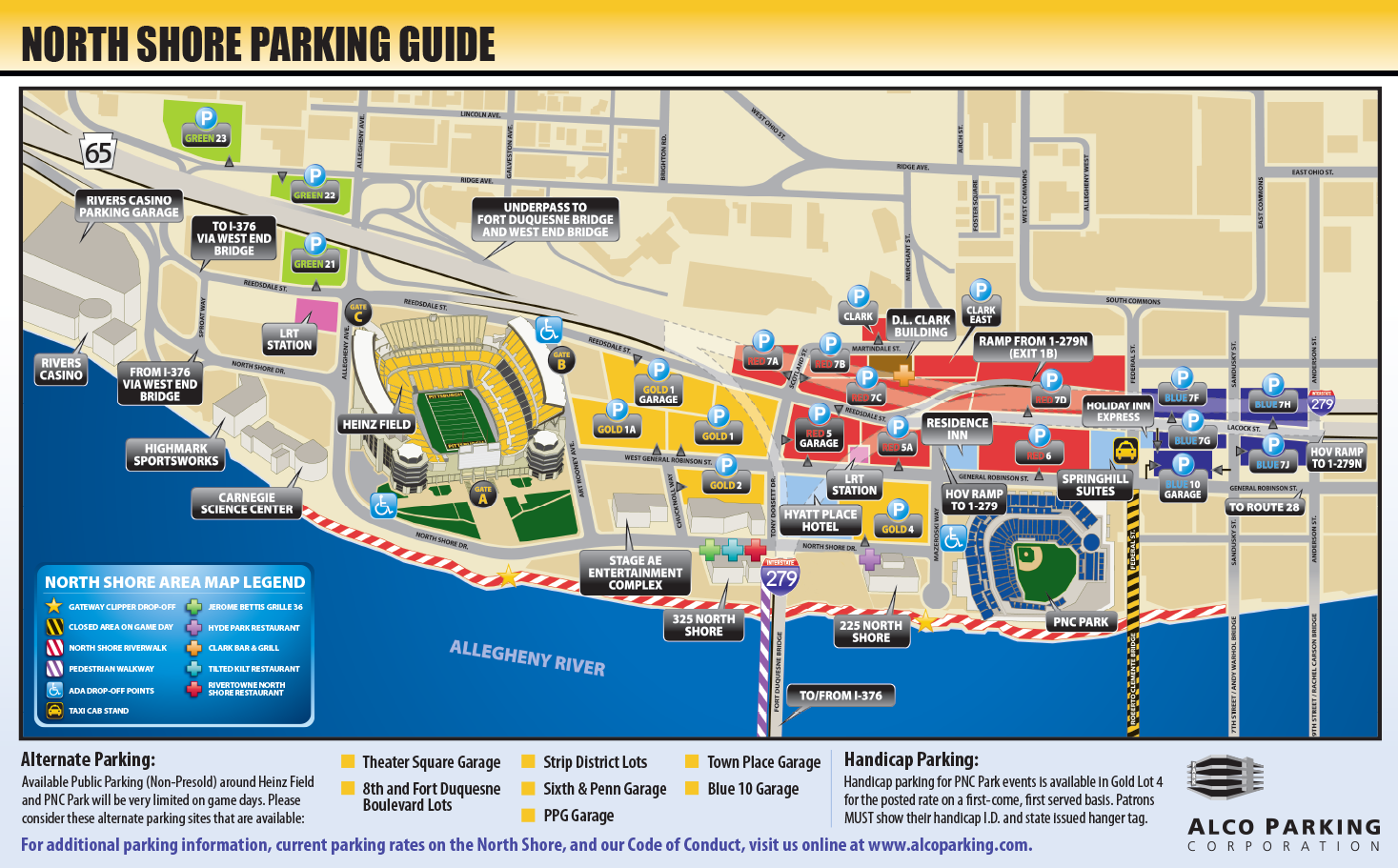 Click here for a parking map of the North Shore provided by ALCO Parking.