The West General Robinson Street Garage (WGRSG) was built in 2006 to support North Shore development. The Garage replaces the parking spaces permanently lost to development on the North Shore. 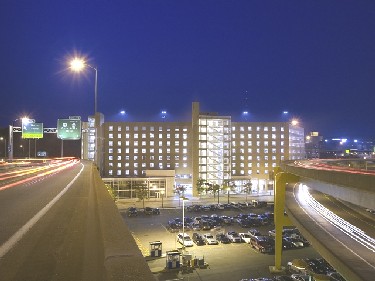 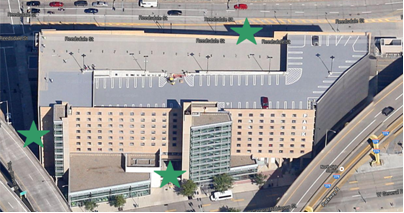 The WGRSG, owned by the Stadium Authority, contains 1,256 parking spaces on ten levels, and 68 adjoining surface spaces, totaling 1,324 spaces. The Garage offers daily, evening, and event parking. There are three entrances and exits to the garage on General Robinson Street, Tony Dorsett Drive, and Reedsdale Street, marked by the green stars above.

Light Rail Connection
The Light Rail Transit (LRT) station, called North Side Station, is located adjacent to the WGRSG. Users have direct access to the station from the garage. North Side Station is part of the “Free Fare Zone” for both daily and event commuters travelling between Downtown and the North Shore. For more information, visit the LRT site at Port Authority of Allegheny County website.

HOV Entrance Modification
The WGRSG offers an access point to an existing HOV entrance at Mazeroski Way. Roadways, gates, and signal modifications were improved which increases the flow of traffic from the garage. Maguire Group designed this modification.

More information about the garage, including lease information and rates, is available at the ALCO Parking Corporation website or by phone at (412) 323-4455.